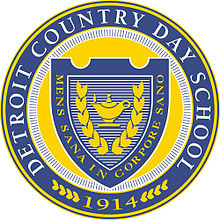 Detroit Country Day sophomore Julian Roper must be mentioned as possibly the top 2021 prospect in Michigan. None have had a better game than his 36-point effort against Oak Park with Bank Hoops’ Braeden Proctor in the house.

Roper was aggressive, but cerebral. He got to his spots and rarely tried forcing things that weren’t there, creating a ton of shots without dribbling the air out of the ball. He has a bunch of moves attacking the rim to create space or draw fouls. He was explosive off two feet around the rim. Roper had multiple euro-type finishes in transition, scoring with either hand. He’s also comfortable pulling up on the jumpshot out to three-point range. While his scoring will get the headlines, his playmaking game is solid.

Roper already has an Iowa offer, and it will be hard for most high-majors to pass up on him if he continues to play close to this level. He’ll be a major priority of Big Ten schools along with fellow 2021 combo guards and top five Michigan sophs Pierre Brooks of Detroit Douglass and Kobe Bufkin of Grand Rapids Christian; with other combo guards who may also be recruited at that level Farmington’s Jaden Akins and Flint Carman-Ainsworth’s Jayden Nunn.