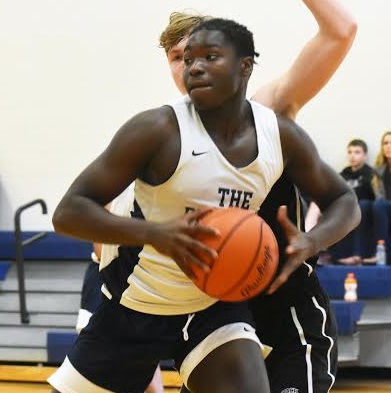 Underclassman player reputations and rankings are by nature fluid. A scholarship offer could be but a six-inch growth spurt away. Roles emerge, confidence rises, projects become producers. That’s all happening for these rising sophomores, who have distinguished themselves through their play in spring AAU and now in June with their high school teams.

Ashton Atwater  6-1  So  Otsego: The third Atwater brother, and each is his own player. Ashton has size and athletic advantages AJ and Addison didn’t. Has some wiggle off the dribble then the size to get the shoulder in and bull his way through the lane. A lefty who will score all the more with a right-handed counter move on the drive. Can score at the rim and from 20. Smart and can run an offense, while developing the vocal leadership and next-play stoicism of the point guard position. Was a key player in the spring for one of the state’s best 15U teams, Lakeshore Elite.

Drew Barrie  6-3  So  Midland: He was a solid if sometimes deferential role player going up a year last season to play 15U AAU and then as a varsity freshman in the Saginaw Valley. His return trip through the 15U ranks found a much taller Barrie, and the ensuing confidence as he found out he could score from the blocks just as readily as with the jumper. Competes, plays physically, coachable.

Jason Drake  6-1  So  Orchard Lake St. Mary’s: We saw him get punched in the mouth to start his high school career way back at the Calihan Challenge, he came back working hard getting acclimated to high school ball. Looked like a pure scorer for stretches with the Family’s 15U. Now comfortable, Drake’s talents are apparent and just 10 days ago earned an offer from Toledo. Good form, fundamentals on his shot, smooth from 3 or on pull-ups. Not bad on the other end either, his hands mirror his man’s and tips a lot of passes.

Kobe Haglund  5-8  So  West Ottawa: When you think of WO’s zone defense and motion offense, the image of its typical participant is that of of a taller, long player. But if you can play they’ll find a spot for you, and Haglund held his own with the Panthers at GVSU’s team camp. Confident shooter who isn’t flummoxed by misses, know how to “play small” and find open spots to get off his shot. While there’s ample time to grow, for now he can look to fellow point guards like Chad Carlson formerly of Hope via Rockford and Hudsonville’s Max Perez as similarly sized guys who thrived in the O-K Red.

Jack Karasinski  6-5  So  Grand Rapids Catholic Central: His CC High School squad and MBA summer team are both deep and talented, still Karasinski flashes right away in either environment. A big, athletic wing who runs hard to finish with body control and confidence, then shoots it like kids with his size/age/athleticism usually don’t, yet. He’s visiting Northwestern this week.

Jalen Overway  6-6  So  Holland Christian: He improved throughout the spring for Lakeshore Elite and is getting good minutes backing up the post for the Maroons in the June camp season. A backline thumper, a really big kid for his age, the antithesis of Holland Christian’s starting senior frontcourt where Ethan Alderink and Jason Halbert play more like guards. Has a pretty soft touch when given chances.

Chris Smith  6-4  So  Saginaw Arthur Hill: A simple old school name, and a simple old school game — the type that even at 6-4 can dominate the blocks in 15U AAU. Active, strong, squares his back and then starts to operate. Attitude, aggression and athleticism on the boards. Can step up top and pass or drive and not look too uncomfortable doing it. A leader even without talking a lot, his energy and toughness buoy his teammates. Relatively new to the game so expect a continued rise in improvement.

Jackson VanHekken  6-1  So  Holland: Does a lot of good things already, a steady playmaker who keeps it hot and gets to the right spots with or without the ball, and can shoot it. Comes by that honestly, as his father Dan VanHekken was a three-point marksman on some of the best teams to ever come through Holland High or Hope College. May have to be more assertive with his high school team instead of letting the game come to him playing off of some talented teammates in AAU with the West Michigan Lakers.

J Wallace  6-4  So  Williamston: Grinds like a role player, with the physical tools of a college scholarship player. Terrific size for an underclassman who is a true guard. Plays both ends of the floor and is likely to emerge from scrums nd 50/50 scenarios with the ball. Handles it well in the open court, and knocks down open jumpers. Great chemistry with another top 2022 prospect Williamston point guard Mason Docks. Coachable and efficient.

Chansey Willis  5-11  So  Detroit King: He was very solid for a varsity freshman guard, now the backcourt onus falls heavier on Willis with the graduation of Mr. Clutch, Jordan Whitford. Gets dual post-up/three-point threat power wing Omar Zeigler, an MLK junior, involved in either spot, and knows how to play off him. Willis has a soft touch and deep range well beyond the high school line. As an underclassman didn’t yet have the strength and explosion to penetrate against Okemos senior Noah Pruitt when matched up last week.