Noah Adamczyk: No fear in this freshman 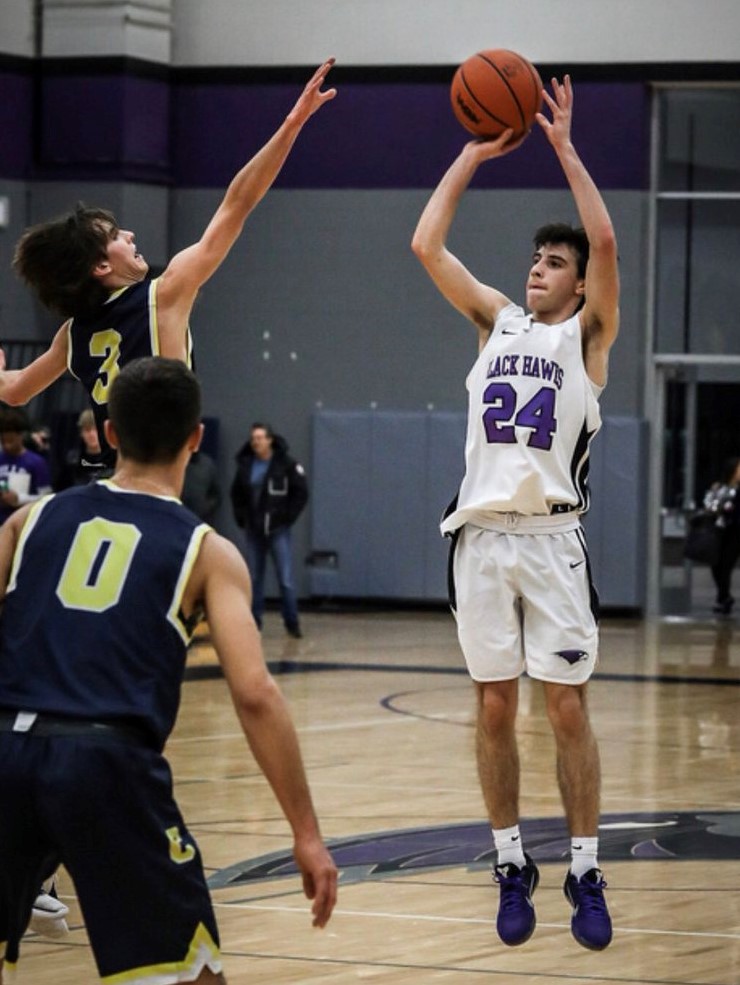 Ferndale’s scrambling, long, athletic defense can be hectic and confusing enough to an upperclassman guard. Let alone a ninth-grader who has yet to play 10 varsity game. But there was 5-11 Bloomfield Hills freshman Noah Adamczyk, keeping his head, holding his own, and scoring a team-high 16 in the Black Hawks’ loss to Ferndale, part of a brutal stretch of schedule that previously included Clarkston, U-D Jesuit, Howell and Detroit Western, after starting the season 4-0.

A point guard at the next level, Adamczyk cedes primary ball-handling duties to Bloomfield Hills junior Mason Canfield. But he was called on often against Ferndale’s pressure and showed good acceleration and change of speeds with the ball, if sometimes a bit too relieved to get over half-court and get it back to Canfield.

Adamczyk was also quick to get to his spots, elevate and shoot, and nailed a couple very tough mid-range pull-ups. One was particularly impressive, as he released it over 6-6 Ferndale senior Colin Golson, one of Michigan’s top 4 men, headed to Siena. Noah was also able to shake free one-on-one and get into the lane as well. Showed a shooter’s mentality when he airballed a corner 3 in the first half, then nailed two of them in the third quarter.

Adamczyk isn’t the only Bloomfield Hills freshman stepping up early. 6-2 DJ Lee scored 16 in their loss to Clarkston.

The 12 Games of Christmas
Yo, Jo: Standouts from SVSU’s Louis O’Neal Classic