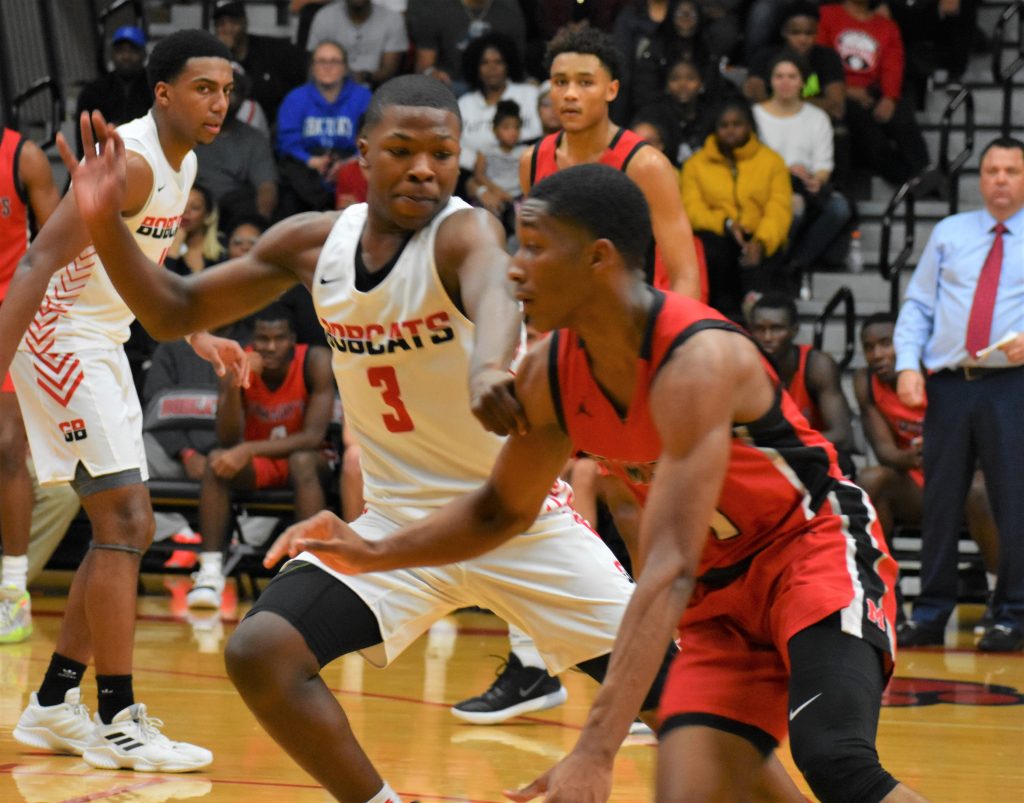 Grand Blanc’s Amont’e Allen is an elite defender in the 2021 class.

Combining old school barnstorming AAU of talent over flashy unis and the modern “pop up business” ethos, a squad dubbed Minor Threat for their consensus 16-under age rolled through the second Trine University Shootout. Everyone on the team is a future scholarship player, some at the high-major level.

Amon’te Allen  6-0  So  Grand Blanc: While other freshman guard may have received more notoriety, Allen was working for the long-term this past season coming off the bench for one of the state’s best teams. A dog of a defender. The knock in Allen’s game had been his jumper but hit a bunch of 3s at Trine, to go along with a nice array of transition dimes. Most impressive may be his positive, team-first attitude, which will make Mont’e an asset to any locker room for four years.

Johnathan Blackwell  6-3  So  Birmingham Brother Rice: While he transferred from Novi Christian, Blackwell isn’t your Average Class D Joe. Long first step and the rare young player who usually went to the Eurostep only when it was needed. After he got his feet wet in the first game, found a nice balance between creating or scoring as a ball-handler. His father, Glynn Blackwell, was a guard at Illinois in the 1980s and a bridge player to what was Bank Hoops’ all-time non-Carolina college team, the ’89 Flying Illini. 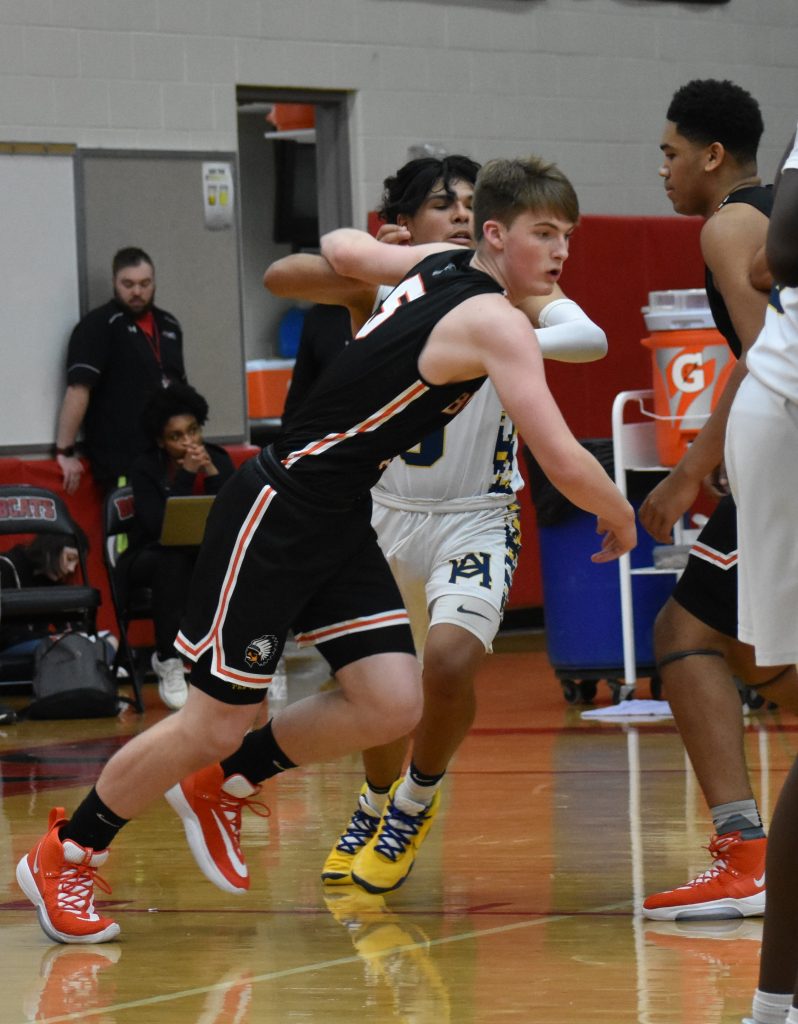 Henry Garrity  6-3  So  Birmingham Brother Rice: He’s well beyond his years moving off the ball to find his jumper. This team wasn’t exactly running a lot of sets, which afforded Garrity the chance to show his hoops chosp in and up-and-down game where at times had to create his own luck. As a result had a number of skilled, athletic drives where he wasn’t just happy to make a sweet move but kept chin to the rim and finished the deal. His dad Pat Garrity is 6-9 and played in the NBA for a decade, so one would figure Henry will end up with some kind of legit college frame even if not at that extreme. And as for his teammates confused by a coach calling Garrity “Hank,” please reference the real home run champ! 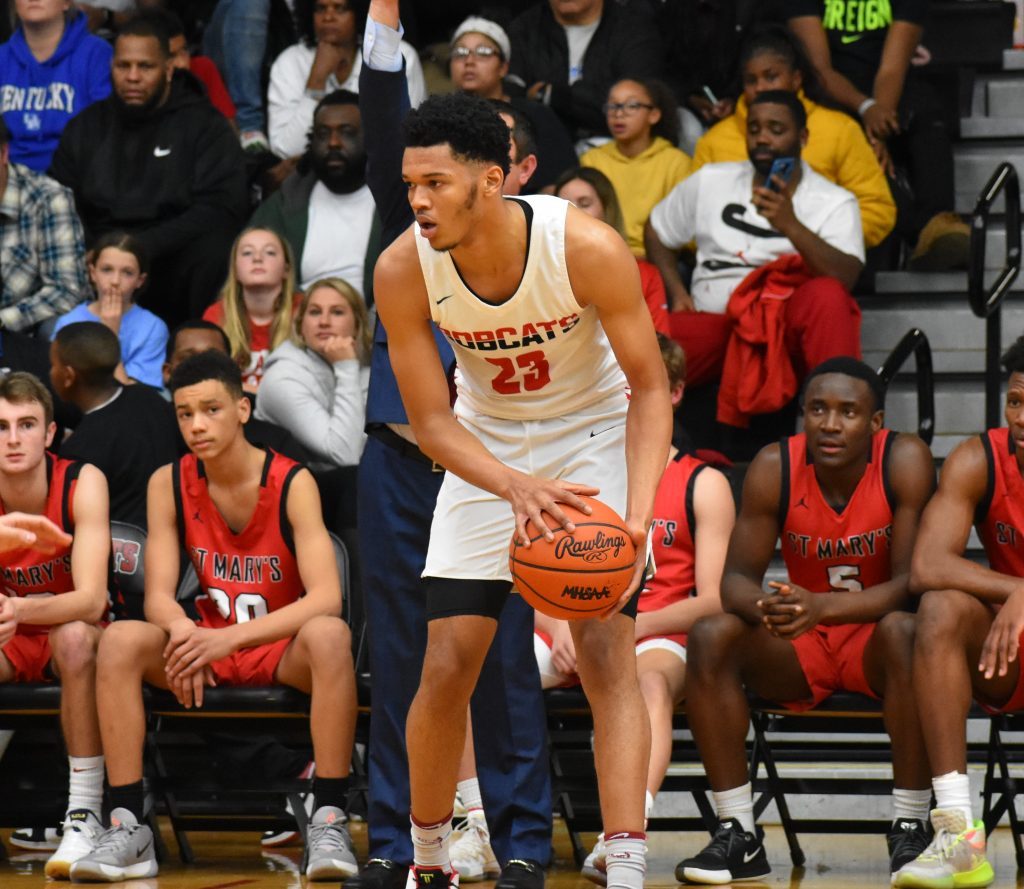 Ty Rodgers  6-6  Jr  Grand Blanc: Whatever his national ranking is, it’s too low. Judge him more from his offers — the two in-state schools, Syracuse, Ohio State, et al. Due to his nature and confidence, Rodgers was an affable underclassman who was one of five Grand Blanc players to average double figures. As an upperclassman, the beast will be unleashed. A rare combination of a kid for whom the rare physical gifts come naturally but also — he competes, he works on his game and he loves to play. His first step is an absolute killer because he’s got long legs while being as explosive as a more compact, sprinter-time athlete. Those same attributes make Rodgers a defensive freak who can close out seemingly any spot on the court, from any spot on the court — still with sound footwork, balance, staying under control. It’s like the teleportation device in Star Trek, he just appears. With two more years to work on the jumper, the future for Rodgers’ opponents is even more depressing. 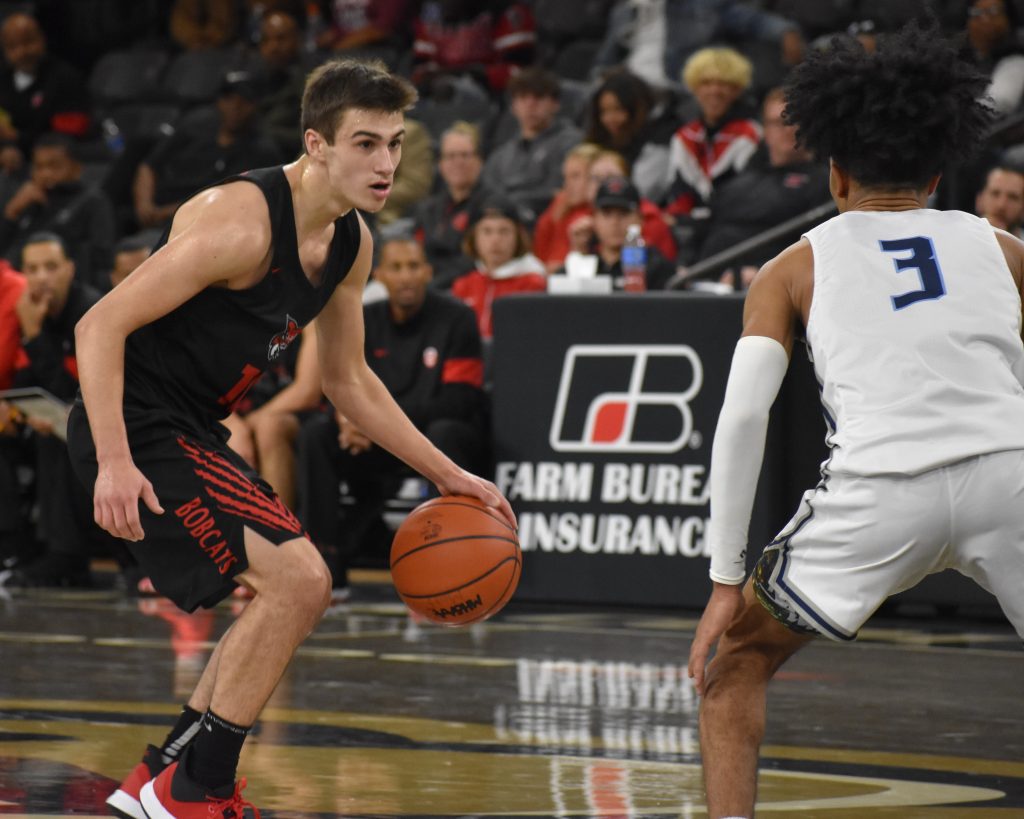 RJ Taylor  5-11  So  Grand Blanc: A Type O Blood Type Point guard — a universal donor who can fit in with any kind of teammate or any style of ball and make those around him better. Damn near impossible to press, while on the other end is quick and aggressive defensively and piles up pick six steals. Can shoot it from all over and is a high percentage lane scorer for his size because of footwork and patience. The comparisons of Foster Loyer to Bobby Hurley made no sense in their style of play, for Taylor it might be more fitting, a coach’s son who plays fast and with flair and has chiseled away the soft suburban edges. 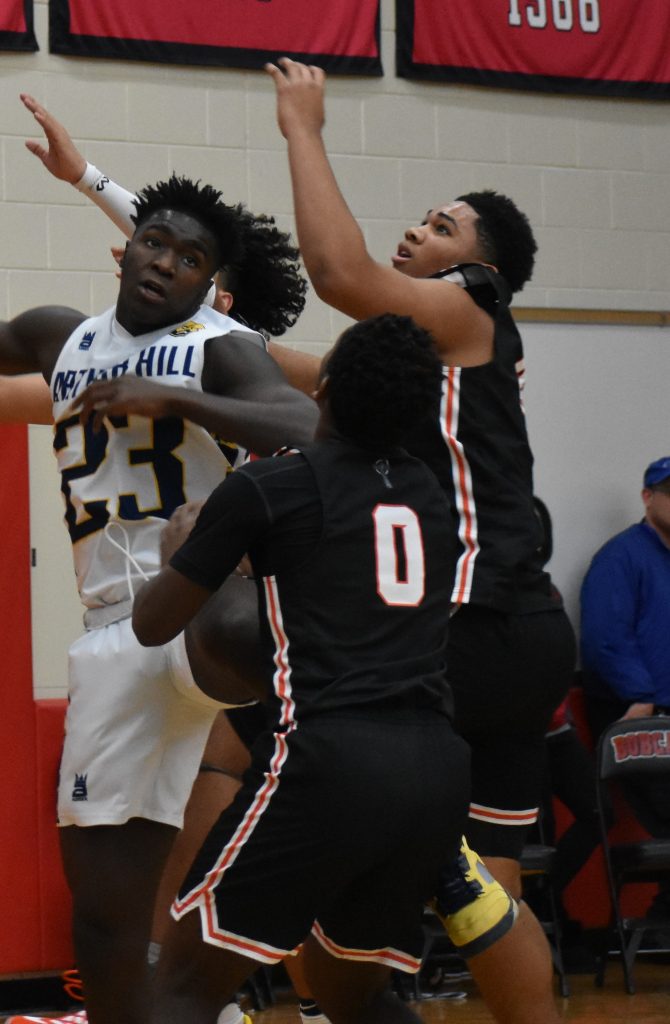 Xavier Thomas  6-4  So  Birmingham Brother Rice: A burly body with nimble feet make Thomas fun to watch and an intriguing prospect. Has the big butt that’s so valuable in basketball. Won’t be your primary ball-handler, but won’t argue with him taking a defensive rebound end-to-end. Can shoot it as well. Could be a dominant high school player if builds his offense inside-out, a real matchup problem. 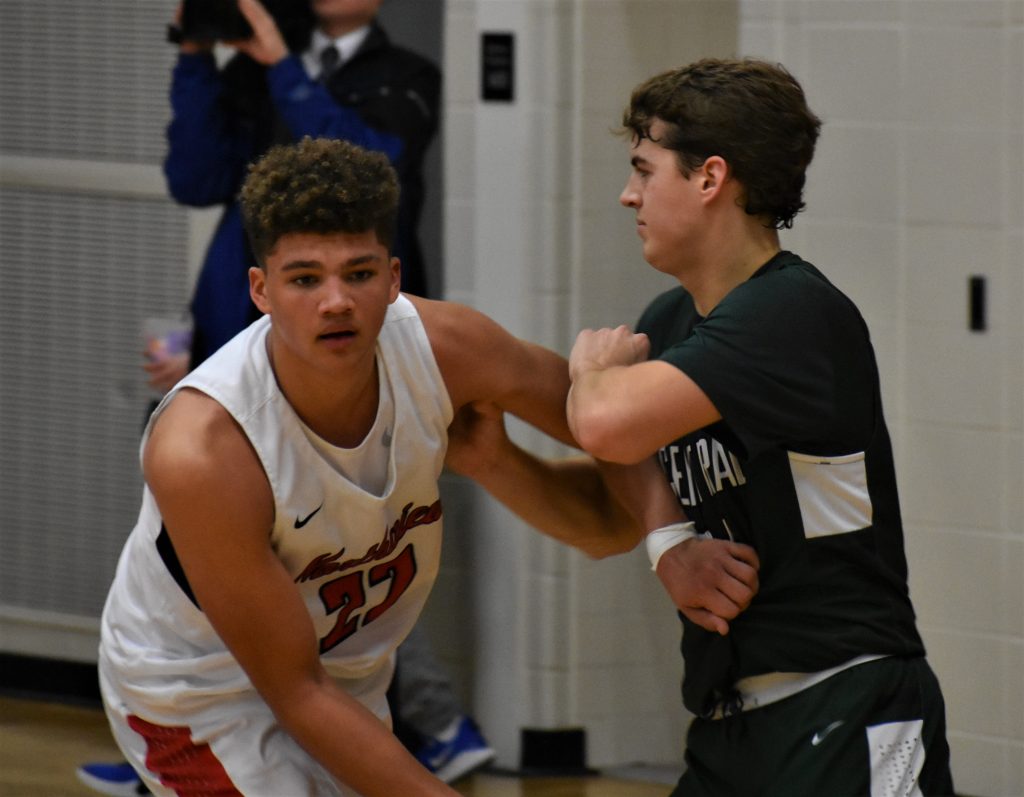 Kyler Vanderjagt  6-4  Jr  Grand Rapids Northview: This squad had to have some GR representation, and few are better equipped for the job than Vanderjagt — and not just because he has one of the most West Michigan names ever. Big smooth true combo guard who has a raindrop jumper off the dribble. A high-major prospect as his defense improves and he fine tunes his body. 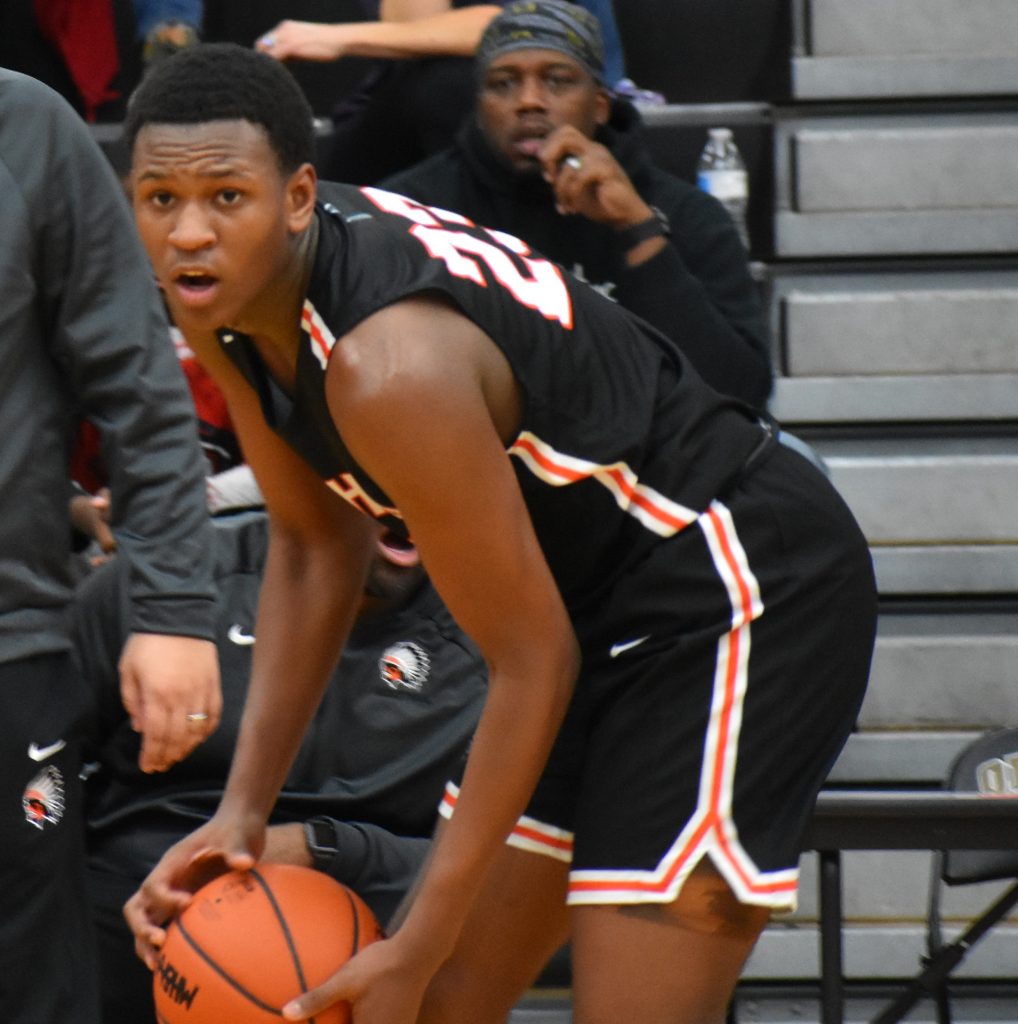 Brother Rice junior Curis Williams is Michigan’s No. 1 ranked recruit for the 2023 class.

Curtis Williams  6-5  So  Birmingham Brother Rice: He came in as Bank Hoops’ No. 1 ranked 2023 prospect and did nothing to dissuade that opinion here, if anything strengthened it. Tough defender for his age who could be able to check three positions at the highest level of college ball (he already has an offer from Maryland). Easy to coach. Good not great athlete, but is fundamental, cares about the “boring” things and competes. Just a basketball player who can bully inside or step out and shoot it like a guard. Sadly, injured his ankle in the third game. 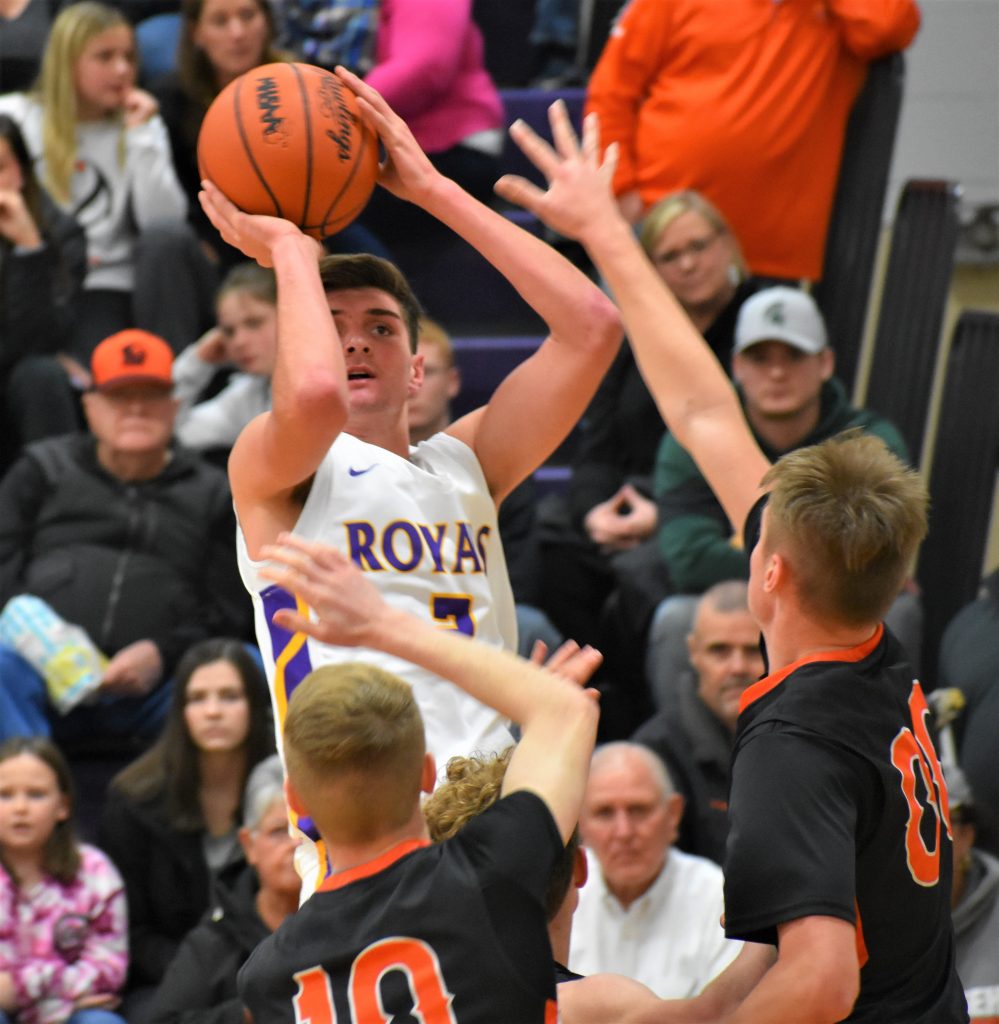 Blissfield rising senior Ty Wyman is one of the top wing shooters in Michigan’s 2021 class.

Ty Wyman  6-6  Sr  Sr  Blissfield: The lone rising senior here, but fit the 16U makeup as Wyman won’t turn 18 until Halloween of his freshman year in college. The two-time Lenawee County player of the year found himself in different circumstances here as not the best player or prime option, but still contributed using his 190-pound frame on the glass and his wingspan defensively, and making the right passes in transition. One of the state’s best shooters who has really improved off the dribble and getting to the hole, where now Wyman has to not be surprised to be there and finish with authority.