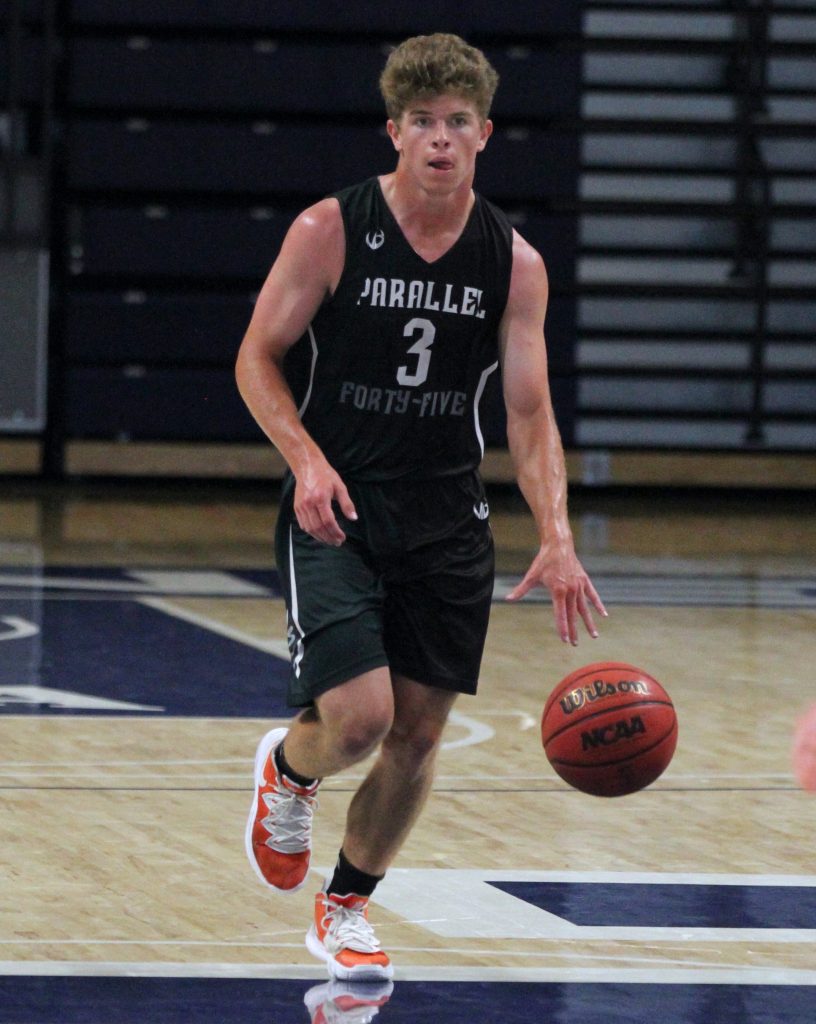 It’s tough to be a consistent point guard in 17U AAU, with the games piling up on the legs and quality competition coming every contest. Two guys who pulled it off in July were 2021 recruits Kaleb Mitchelson from Grand Rapids Storm-Woods and Preston Ball of Parallel 45. They happened to square off in Sunday elimination play of the GRBA Nationals in Ft. Wayne, both scoring 10 points and showing the all-around guard acumen that should find them on college rosters next fall.

Mitchelson was a ballboy during the last great era of Muskegon Heights hoops only to grow up to bring hard-nosed, winning guard play to Muskegon Reeths-Puffer. He averaged 14 points and 6 assists there as a junior, part of a dangerous backcourt with senior Emcee Williams. Stylistically Mithelson reminiscent of another former West Michigan point guard Michael Redell; or last year’s Storm-Woods point guard, Joseph Ostrowsky who went onto an all-state caliber senior year for Mt. Pleasant … a competitor on both ends who is patient, makes you pay, and has more in his bag than you might suspect he just breaks it out judiciously. Strong at 6-1, 195, he can dictate play when he gets a shoulder into his man. Has a solid “KYP” feel and puts his guys into good spots. “Gritty, a coach on the floor,” said one 17U coach whose team faced Mitchelson. “Not only did all the little things, but did them correctly.”

Like Mitchelson, Ball is a coach’s son and fittingly makes good reads and adjustments. It’s not every small school, Up North player who has the self discipline and coaching to keep getting better at the pace of downstate players once they’re upperclassman. Ball at Elk Rapids is one of those, averaging 15 points as a junior. His most noticeable improvement against AAU guard talent is in the muscle now on his 5-11 frame making him much stouter against pressure. Smooth shooter off the catch or dribble who will make the extra pass to find the hot hand himself. Good open floor burst and finishes chin to the rim.