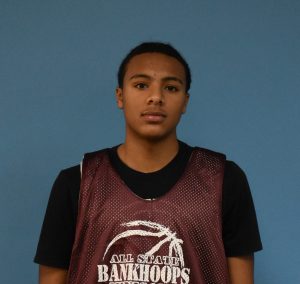 co-MVP Durral Brooks  6-1  Fr  Grand Rapids Catholic Central: He played similarly to Cassius Winston when the future MSU legend was a camper at the same age. His team just hummed in games, with Phat Phat establishing tone and pace. Playing up with 2023 guards like Caron Williams from L’anse Creuse, Cros-Lex’ Trey Kolakovich and Brennan McKenzie of Adrian meshing for stretches of hot-shooting, unselfish, attractive basketball. Like with last year’s Underclassman Camp MVP RJ Taylor, if you play with Brooks just run around with your hands up and you’ll average double digits. Smooth and crafty to set you up with a burst then surprises you once in the lane with his size and finishing knack. In approach, pace and skill is reminiscent not just of Cassius but also turn of the century prep legend who became a Spartan, Marcus Taylor; or in the way back, Antoine Joubert. True hooper who has clearly fit a lot of basketball into his few years.

-Smooth handle and change of speed with the ability to pass teammates open
-Lethal in transition
-Great body control at the rim
-High IQ player with natural feel pic.twitter.com/yJes9bOKKT 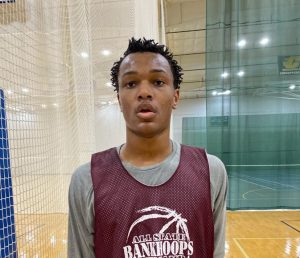 co-MVP Gerrard McCoy  6-4  Fr  Detroit U-D Jesuit: U-of-D must have a set-aside spot for each class to include long, athletic, active wing. Came to learn and wasn’t afraid to work outside his comfort zone in drills. Then McCoy took it up another notch in games, covering seemingly the entire court for stretches making plays at the rim on both offense and defense; block a shot without fouling, then draw an and-one himself. Big long strides end-to-end. Lots of skill work and developing his guard game is in the future, but with his attitude, physical tools and HS program, this is an easy “buy.” Gerrard was one of a pair of young Cubs who played well at the Underclassman Camp, along with 6-1 freshman Ryan Hatcher, a smooth guard who also played with toughness. 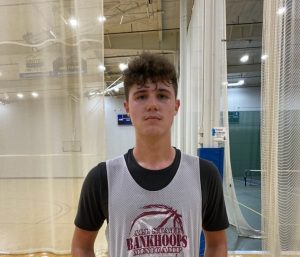 Christian Dunn  6-5  Fr  East Lansing: A couple years ago, his brother Ethan came into camp and impressed as just an eighth-grader. Now he’s 6-10 and the state’s top 2022 center prospect. Here comes Christian Dunn as a freshman already making a name of his own. He competed hard and raised the level of his group with that energy in drills, then produced throughout the game portion. Outstanding footwork. Set sound screens. Had to be accounted for on both sides of the glass, as was quick and aggressive to the ball. 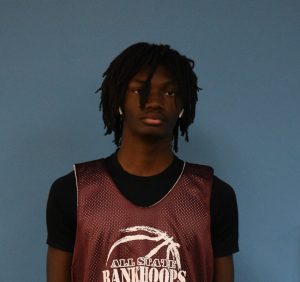 Christian Humphrey-Rembert  6-7  Fr  East Kentwood: The kind of prospect that will blossom in front of your eyes sometimes maybe even surprising himself how more and more possibilities unfold. While upperclassman like Cros-Lex senior Hunter Soper and GR Catholic junior Jack Karasinski were bringing thunder from above the rim, the EK freshman just unfurled for dunks with an ease that you don’t usually find in a player Christian’s age. A wide-eyed eager learner in stations, where nevertheless once the ball went live held his own against upperclassman, scholarship players. The Falcons have typically had star guards. CHR fits in with them stylistically, while also adding a new dimension with his height, a natural wing who can also be a rim defender. 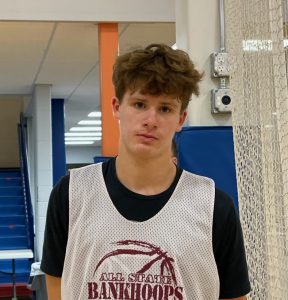 Tyler Ode  6-4  Fr  Saginaw Heritage: Has guard skills and IQ, but is more than willing to use his strength and toughness to bully guys off the block. A chin-to-the-rim and-one maker also quick enough to split defenders from 20. Ode will have the perfect Randy Floyd and Mitch senior-freshman buddy to learn from in Heritage senior forward Parker Day, who recently visited Grand Valley State.

“Good all-around game,” a coach said. “Inside and outside, and defends and rebounds very well. Tough in the paint. Coaches loved him all day. He was one of the top five players overall at the camp.” 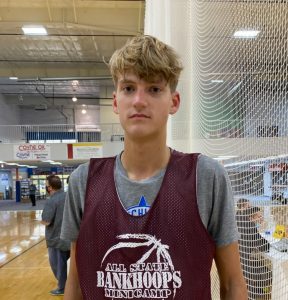 Bryce OMara  6-6  Fr  Grand Blanc: He showed traits that could give him a shot as a freshman for one of the state’s elite teams at GB — rebounded and finished consistently. Already has good traits in how he makes a target to be shot-ready when running or cutting, and keeps the ball high. Moves easily and naturally for his height and age. While Bryce will get knocked around in varsity ball, with defenses shaded heavily towards Ty Rodgers in the frontcourt and the Bobcats having various guards who can put up 25, it wouldn’t be the most physically grueling assignment either. 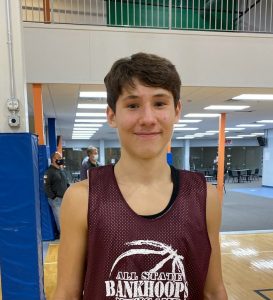 Jake Stephens  5-11  Fr  Chelsea: If you give a 14-year-old guard, talented or not, enough leash and they’ll often end up tripping themselves. Not so Stephens, who was patient instead waiting for his opponents’ mistakes and going for the kill. A strong, athletic driver and finisher with not much wasted motion or dribbling. A score/pass threat off the dribble. Dialed in and competitive in drills where he shot it well, looked varsity-ready with his focus.