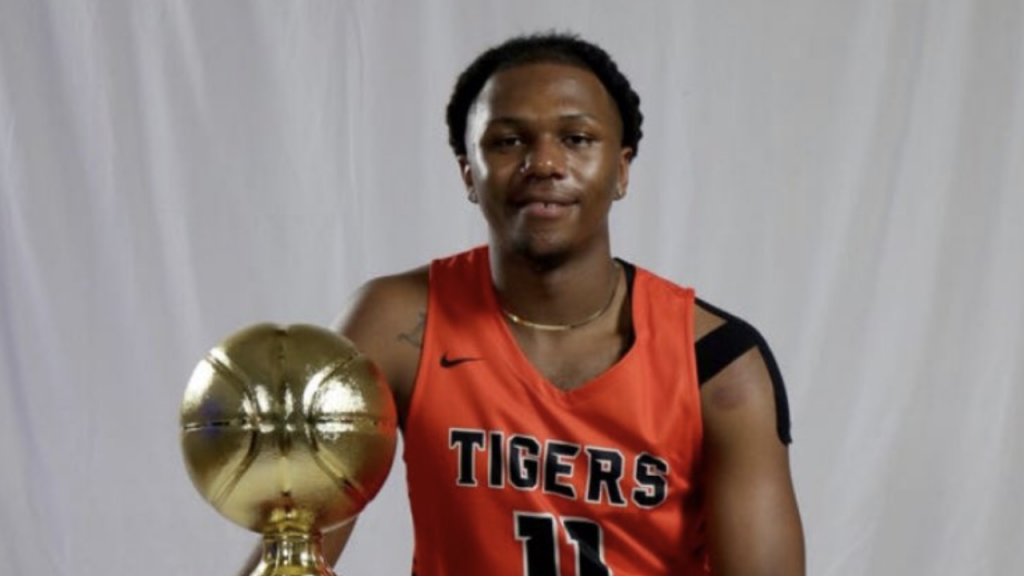 This is the first of five Bank Hoops postseason honors team, the overall all-state team.

MVP  Carlos “Scooby” Johnson  6-5  Sr  Benton Harbor: The first citizen from one of Michigan’s true Basketball Towns USA, Johnson is the third Mr. Basketball to hail from Benton Harbor following LA Laker Anthony “Pig” Miller in 1990 and Wilson Chandler, who is still in the NBA, in 2005. Johnson, who hit the state-title clinching 3 as a sophomore, averaged 25 points, 11 rebounds, 6 assists and 3 steals per game. He signed with Butler.

Tyson Acuff  6-3  Sr  Detroit Cass Tech: Acuff’s high school tenure has coincided with a golden age for Cass Tech basketball, leading them to back-to-back Detroit PSL championships. That included a 20-2 mark this season, with Acuff, a Mr. Basketball finalist, averaging 27.6, 10.1 rebounds, 6.2 assists and 4.1 steals per game. He signed with Duquesne.

Emoni Bates  6-9  So  Ypsilanti Lincoln: Considered the best high school prospect in America, Bates averaged 30 points a game for the second straight season and remains with Lincoln the defending Division 1 state champion dating back to 2019. He averaged 31 points and 10 rebounds a game for Lincoln, which went 19-2.

Lorne Bowman  6-2  Sr  Orchard Lake St. Mary’s: Ranks with the likes of Kalin Lucas and Maurice Searight as the greatest point guards to come through St. Mary’s. Bowman was a Mr. Basketball finalist for the 21-1 Catholic League champions, averaging 25.2 points, 6.2 assists and 6 rebounds per game. He signed with Wisconsin.

Kobe Bufkin  6-4  Jr  Grand Rapids Christian: He led the Eagles to a 20-2 mark. Bufkin averaged 22 points, 5 rebounds and 4 assists per game, while shooting 65 percent from the floor. He has two Big Ten offers, including MSU.

Isaiah Jackson  6-9  Sr  Waterford Mott: A whirlwind high school career concluded with Jackson at Mott, where he was the defensive anchor of a 20-2 squad. Jackson averaged 19 points, 13.3 rebounds, 7.3 blocked shots, 3.1 assists and 2.2 steals per game. He signed with Kentucky.

Matt Nicholson  7-0  Sr  Clarkston: One of the most accomplished true seven-footers in the state’s history, he led Clarkston to a 21-1 record and was a Mr. Basketball finalist as a senior. Nicholson averaged 16.5 points, 13.5 rebounds, 6.8 blocked shots and 2.3 assists per game. He signed with Northwestern.

Jalen Terry  5-11  Sr  Flint Beecher: He missed some games with injury, but when Terry was rolling Beecher was arguably the state’s best team regardless of being a Division 3 school. Buctown was 20-2 and the only team to beat Orchard Lake St. Mary’s, and with River Rouge was one of just two teams to defeat Benton Harbor. The last remaining starter from Beecher’s 2017 state championship team, Terry was a Mr. Basketball finalist averaging 20.4 points 6.5 assists, 5.4 rebounds and 2.6 steals per game. He signed with Oregon.