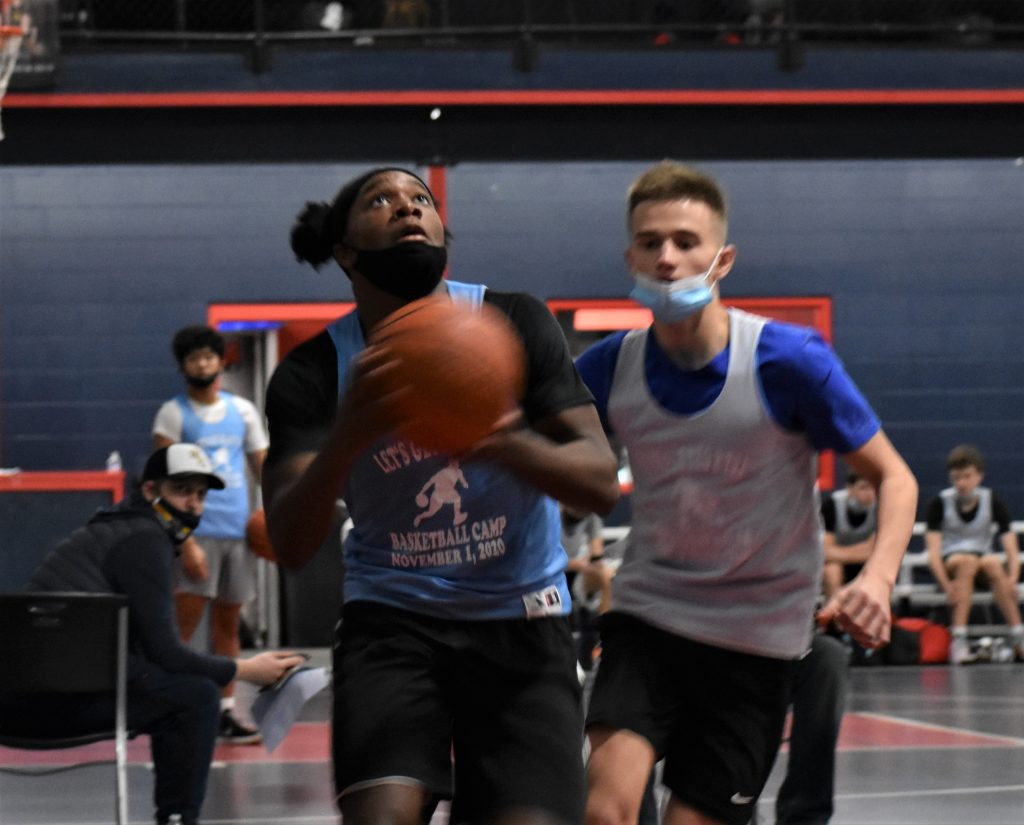 Benton Harbor senior Kentrell Pullian is one of the most explosive scoring guards in the 2021 class.

In the quarter-century Bank Hoops has covered basketball in this state, no group of players has had their recruiting potential more adversely affected than Michigan’s class of 2021, which had its junior MHSAA tournament suspended; NCAA live periods eliminated for 17U AAU; gyms closed to college coaches for workouts in the fall; and now finds itself at the whim of a government bureaucracy that continues to delay the start of their senior seasons. In the midst of all that adversity, committed players continued to work and play when, where and however they could. Every player in Michigan deserves a high school season. The following seniors are full-scholarship quality prospects who could really use some official games to solidify themselves on coaches’ recruiting radars

Mak Manciel 6-4 Sr Sterling Heights Stevenson: This was a one-time seemingly fast-tracked recruit, playing at his his father’s alma mater Detroit Country Day where Mike Manciel won state titles alongside Shane Battier before playing in the NCAA Tournament as a strong scoring forward alongside Chris Kaman at CMU. Mak also was part of a strong younger class coming up with REACH, where he’d get exposure with one of the state’s top programs. Then he had to sit out last season after transferring to Stevenson, and like everyone else lost spring and July open period 17U AAU. In that absence Manciel’s become bigger and more explosive, and will give Stevenson one of the state’s most physical senior backcourts alongside 6-2 Andre Turner. Manciel has become a self-reliant and relentless scorer who can get creative or finish above the rim. Sometimes it looks like too much palm on the release but is a high percentage three-point shooter on reversals or kick-outs. Uses his size and hoops IQ to create defensively.

Keyon Menifield  6-2  Sr  Flint Beecher: As an underclassman sprite he dreamed of becoming the next great Beecher point guard, where the Nuggets’ Monte Morris beget three-time state champion Malik Ellison whom was succeeded by Mr. Basketball runner-up Jalen Terry, now an Oregon freshman. We got a preview of Menifield’s overall talent last season when Terry was injured and he stepped up his game and ended up averaging 16.5 points, 6.7 assists, 4.2 rebounds and 5.4 steals per game. Long and springy, he thrives in Beecher’s pressure game. Menifield’s long had talent and skill — he’s a one-time Bank Hoops Underclassman Camp MVP — who now has college height though the strength isn’t there yet. His craftiness, creativity and 25-foot range were born of necessity as a tiny player, now they’re part of an impressive offensive arsenal.

Kentrell Pullian  6-0  Sr  Benton Harbor: With Mr. Basketball Scooby Johnson matriculating to the Big East and Butler, where he is sitting out after tearing an ACL, Pullian becomes fully the marked man for defenses when scouting the Tigers. Still there’s the threat of a D1 forward prospect on the blocks in 2022 Delricco Gillespie , and some solid guard play around him to balance the floor. Pullian steps onto the court with 30-point potential on any given night, as he’s a confident streak shooter who can also bully and create going to the cup. Competitive defensively when dialed in. Has the handle to swing between guard spots. Good grades and will be a qualifier. 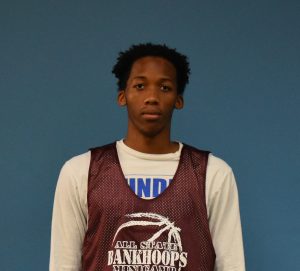 Jayland Randall  6-4  Sr  Chandler Park Academy: CPA coach James Scott has seen enough talent coaching the Family in AAU to take seriously when he says he has D1 players, and in this case his CPA roster may have a pair in Randall and powerhouse junior guard Tamario Adley. Randall could fit the profile of the Hankerson Bros. from Novi who got of state without anyone really noticing and thriving at the mid-major level. He has both length and wiggle as a combo guard, and can cover a lot of space on either end of the court. More strength in the lane will make Randall more efficient.

Ty Wyman  6-6  Sr  Blissfield: He would be on track to become a three-time player of the year in Lenawee County, which has turned out some terrific talent through the years most recently Austin Davis (Onsted/Michigan) and Luke Meyer (Addison/CMU), and from Generation X guys like Andy Poppink (Tecumseh/Stanford) and Greg Stephens (Adrian/East Tennessee State). Wyman’s the best prospect from Blissfield in over a half century, since Jim Gibbons who played at MSU in the 1960s. Elite shot, compared to Travis Bader by Bob Taylor, who when he was at Northwood was first coach to offer him out of Okemos before Bader ended up at Oakland and the NCAA record books; and former Northwood coach Jeff Rekeweg called it one of the prettiest he’d seen in years before offering Wyman after his sophmore season. That shot — with size at 6-6, 200 — will continue to open doors, with defensive position playing a big part in determining level. 4.0 gpa.