While the Hensley Memorial Spiece Run-n-Slam has morphed from the top national event in the spring to a regional one, it’s still rife with Midwest talent, including much of Michigan’s. Braeden Proctor who got it done from the Mitten in Ft. Wayne.

Mykel Bingham  6-7  So  MBA 16U (Grand Rapids Catholic Central): Very long and very skinny, which sounds familiar. Little Bingham cleaned up the glass for put-backs. Able to hit the mid-range shot and also makes smart cuts for easy hoops. Gotcha moments with that wingspan, pinning shots off the backboard. Light on his feet so can guard some bigs away from the hoop. 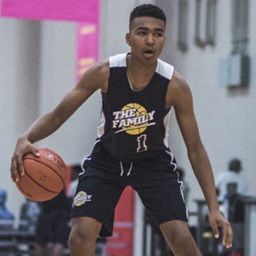 Pierre Brooks  6-4  Fr  Family 15U (Detroit Douglass): This young Family team has a number of potential D1 guys on the perimeter. While not the best athlete of the bunch, Brooks typically brings the most to the table. If you’re gonna try and zone those athletes Brooks will make you pay because he made quick passes to the open man and moved well off the ball put himself into open pockets of space. Just knows the game and makes plays wherever you put him. He hit several 3s in the opener against C2K. Needs to continue getting consistent from there. His outlet passes hit teammates wherever they were. Tough mid-range game with one of Michigan’s most dangerous pull-ups. He has consistent mechanics and it’s a high percentage shot for him. Just needs to gain that consistency from deeper.

Nathan Clauerbaut  6-6  Fr  West Michigan Lakers 15U (Zeeland East): Quality and depth of size has yet to really emerge in the 2021 class, so this kid is one to follow. Showed a soft touch and was light on his feet out on the floor. Active in the paint to get open looks, but not a back-to-basket player yet as needs teammates to create for him on dump offs.

Dan Few  6-6  Jr  M2K (River Rouge): Blue-collar 4 reminiscent of David Garrett, who played a generation ago for Derrick McDowell at Redford. Few was a handful around the rim with his board shoulders, long arms and preference for physical play. Tough on put-backs, and physique allows him to finish and rebound his area without worrying about getting blocked. Not a great athlete but he still finished above the rim if given some space. Solid low post defender.

Nate Flannery  5-10  Jr  Champ Sports (DeWitt): So composed with the ball, staying calm even when the other teams would make a run. Tough kid, a coach’s player who competed all weekend despite bursitis in his knee. Set tough screens Stockton-style and worked on defense. Took good shots, but it was consistently short. Didn’t get normal elevation or quickness with it. Still operated the ball offense well and rarely turned over the ball.

Isaac Hungerford  6-3  Jr  Champ Sports (DeWitt): He was a very promising younger prospect who has re-emerged this spring. A good help-side defender who rotated well. Used screens to get himself open and knocked down perimeter shots. Could be on of the premier three-point shooters in the state for 2019. Comfortable using one dribble to pull up, spot shots or coming off screens. Needs to work develop his handles. Solid defender. 3 and D wing in college, whose guard skills will largely determine what level.

Isaiah Jackson  6-8  So  The Family (Old Redford): For the second weekend in a row in the Hoosier state, looked like a future McDonald’s All-American and pro. His second and third jumps are elite of the elite. Also extremely quick hands. Blocks a ton of shots with his hands down, baiting players into taking it. Can check the 1-5 defensively. Recovery ability is also very rare. Rim protects on and off the ball. Jackson showed flashes of his improving offensive game. Once had the ball in the short corner and backed his man down to shoot a baby hook. Another time did the Jamal Crawford behind-the-back move on the break. Against Team Teague, he had good body control in the air, finished with his left. Also hit a step-back mid-range jumper off the catch. 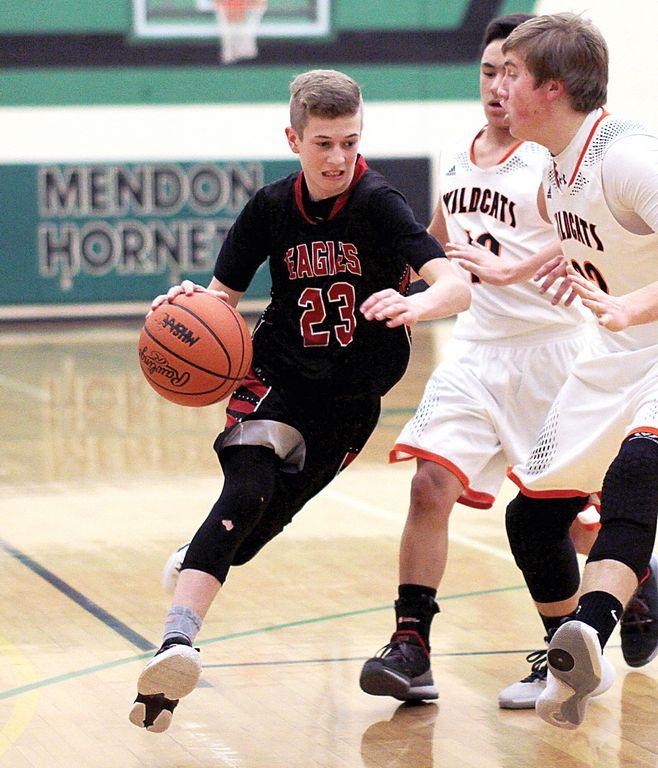 Strictly Skills’ Dylan Jergens had one of the high scoring games in Run-n-Slam history with 54 points.

Dylan Jergens  6-1  Jr  Strictly Skills (Howardsville Christian): He put up huge scoring numbers in the high school season, and mirrored that in Ft. Wayne, including a 54-point game. Crafty. Knows how to get his shot off. Jumper off the dribble or catch is smooth and consistent. Put up high volume attempts but wasn’t shooting shots that made you scratch your head.

Jamoni Jones  6-0  So  GreenWood 16U (East Kentwood): Continuing where he left off in Indianapolis, and hammering out a spot as a top 10 prospect in the state’s 2020 class. Scored at the hoop and from deep.  Finishes at the rim with either hand. Blow-by speed, but also extremely composed. Opponents tried to get into his head, but that door was shut.

Genesis Kemp  6-5  8th  Bates Fundamentals 14U (Grand Rapids): Glue guy for this very talented young team. Rebounds, screens, defends inside. Ts up when teammates drive baseline. Needs to learn how to stay out of foul trouble. If he keeps growing could become the top traditional big in Michigan for 2022.

Isaiah Lewis  5-11  Jr  M2K (Wayne Memorial): Crafty point guard. Sees the floor well, takes care of the ball and gets to this spots. Was chucking from three-point range but knocked down quite a few. One of the elite perimeter defenders in Michigan and can check the entire court.

Owen Lobsinger  6-5  Fr  The Family 15U (Flint Powers): Reincarnation of another Flint forward, Scott Richardson who was a captain at Hope after graduating from Carman-Ainsworth. Lobsinger has the kind of frame that will attract coaches, with the potential to add a couple inches. Not explosive athletically but can surprise you if has a little daylight. Nearly got an and-one dunk against Playground Elite.  Needs to consistently stay in attack mode, because when he does, Owen becomes one of the better 2021 forward in the state. Raw skillset, but the tools are there. Unsure what position he currently, or what he projects.

Drew Lowder  5-11  Jr  Indy Heat (Ann Arbor Pioneer): When he’s on, can take it to anyone. Tough mid-range game. Finished well at the rim going at full speed, gets there despite lack of size or build. Great control and rarely missed when he got to the paint. Needs to improve his on-ball defense, can struggle to stay in front of his man against upper echelon guards.

Brady Swinehart  6-0  Jr  GR Storm (Ionia): May not pass the eye test but he’ll surpise and beat you with his IQ and shooting ability. Coach’s son who looks like it with how he moves off the ball, and efficiency with it. Hit three-pointers at a high rate against All Ohio, including a contested pull-up 3. Took care of the ball and picked and chose when to look for shot against bigger defenders.

Jalen Terry  5-11  So  The Family (Flint Beecher): The next big-time guard out of Flint. See his 45-point game against the Iowa Barnstormers on Sunday. The Barnstormers were one of the most organized and tough defensive team in the 17U division, which shows how good Terry can be when he’s locked in and firing on all cylinders. Nice pull-back 3. Made sharp P-n-R reads. Few players his size and age can get to and finish at and over the rim like Terry can. Needs to make his shot quicker down the road to get if off over college-sized athletes closing out. Also cut down on his turnovers by building strength, he lost the ball several times when defenders swiped at it when he drove.

B. Artis White  5-10  Jr  The Family (Canton): Small, quick and can shoot it, but what makes White a D1 prospect is that he’s just a good basketball player despite his size, like Kay Felder during his Pershing days. He rebounded, blocked shots, was a best on D and fed the open man all weekend. Does a lot of little things that made it hard to have him on the bench.