While the college coaches in attendance may have been watching mostly the older players at the Bank Hoops All-State Camp, you wouldn’t have known it by the effort of the 2023 prospects. There was even some team defense being played, sometimes. Here’s the first of a number of looks at sophomore standouts from the camp.

Amont’e Allen-Johnson  6-1  So  Grand Blanc: Coaches loved him at stations because of his receptiveness and positivity. That translated to games as he would drive and dish and consistently get teammates open shots, made all the more open because Amont’e was such a threat going downhill to the rim. 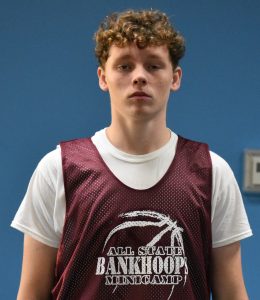 Matt Blanton  6-2  So  Chelsea: Chelsea had an impact sophomore last season, Lucas Hanifan, and looks like here we go again with Blanton. A big point guard who is fast end-to-end and has a long first step in the half-court. Willing passer. 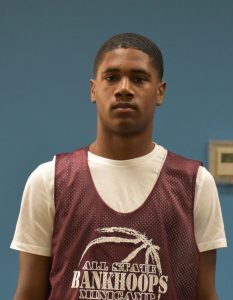 Jordan Briggs  6-0  So  Muskegon: Good-looking shot stepping into it, and can also get three points the old fashioned way at the rim. Smart and under control with the ball, will pull it out for better options. Gelled with another high IQ player P-W forward Jamison Eklund in open court plays and pick-and-rolls. 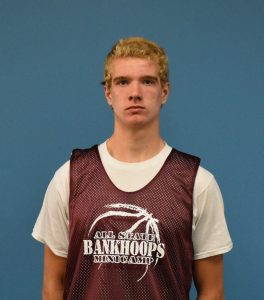 Jamison Eklund  6-5  So  Pewamo-Westphalia: A tough matchup for bigs because he hits the left-handed 3 easily, pulling up on the break or more surprisingly with a step-back. Can rebound the ball then initiate offense himself. Big frame and aggressive, the kind of guy younger players especially don’t enjoy defending. Doesn’t wow athletically, just a scappy, productive, physical, all-around ballplayer. 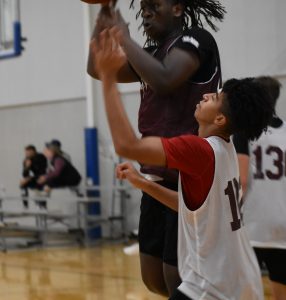 Timmie Jordan  6-7  So  Saginaw Arthur Hill: Already a varsity veteran and played with the older group here. Works hard and seems to always be around the ball. No signature move, but will dunk, pass, drive, get tips. A load going downhill, and tough to keep way from the basket. Young for his class, and should have another plane of athleticism left as he matures. 2020 Mr. Basketball Scooby Johnson would seem to be a good role model as a guy who had in-between size as a forward, but his motor propelled him to the Big East. 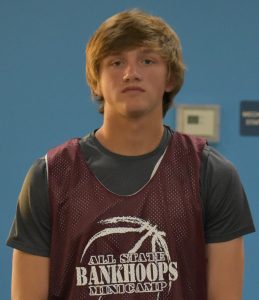 Trey Kolakovich  5-10  So  Croswell-Lexington: While Cros-Lex senior Hunter Soper was turning heads above the rim in upperclassman games, his younger teammate was doing it closer to ground level forming a tough backcourt combo with the state’s top 2024 point guard prospect, GR Catholic Central’s Phat Phat Brooks. A consistent triple-threat predicated on an explosive first step, who brought energy when he had the ball.

“Winner. Confident,” a coach said. “John Mengelt type that is a mature team player that makes everyone better.” 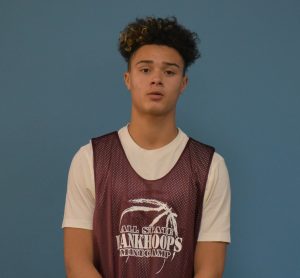 Jaden Montague  6-1  So  Cadillac: His high school program values defense, and it showed here as Montague bullied guards here with his body without picking up touch fouls. A pick 6 waiting to happen. Dialed in and played hard, in drills and games. Finished well and competed on the boards. Like most guards Up North, needs to play more freely, creatively as he gets older. 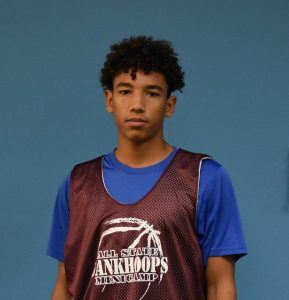 Jordan Scott  6-0  So  Detroit Catholic Central: Grand Rapids Catholic Central coach TJ Meerman must have felt at home when he had Scott for a game. Not just do the school names match, but the Eastside CCer plays a lot like Meerman’s own 2023 guard Kaden Brown. A skilled decision maker. In one game on successive fast breaks Scott took it all the way for a layup, pulled up from the elbow to hit a jumper (“If you can’t make this shot you can’t play college basketball” — John Beilein) then ran to the corner and buried a 3. Made the extra pass. Talked on D. Looks like a Patriot or Ivy League recruit in the making as his body fills out. 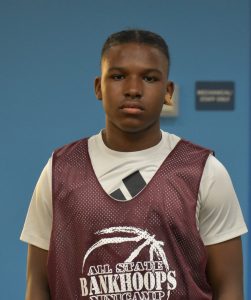 Elijah Searcy  5-6  So  Romulus: One coach called him Mookie Blaylock-like in how he pressured the ball. Also took a charger. Left-hander who can split defenders and hit the 3. Sometimes disappeared if got too deep with the ball. 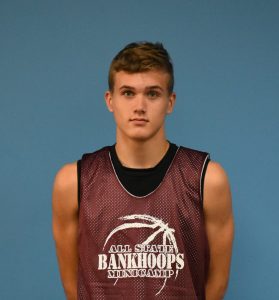 Grant Stockford  6-2  So  Clinton: A clerical error had this 2023 in the upperclassman games. No problem, as he can play, and has a good build and wingspan. Could lead the break or also make the extra pass in the half-court, and delivered them a variety of ways depending on circumstance. 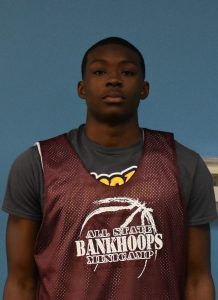 Terrell Sykes  6-4  So  Madison Hts. Lamphere: Burly for a sophomore and throws his body around to run and jump on defense, or down the lane on offense. Sat down and competed consistently on the defensive end, and also a conscientious help-side guy; low butt, high hands; blocked shots at the rim and on the perimeter. Jumper came and went but will grind out some JYD points to get in the book even when it’s not falling. Rebounded a ran the floor hard. 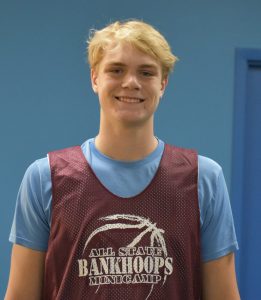 Teddy Williams  6-6  So  Grand Ledge: He scored a touchdown Friday, and a lot of buckets Sunday. Good target and efficient finisher, and can step out and knock down the mid-range shot. Where he really impressed was on the defensive end. Quick reactions as a help defender; blocked a shot running back in transition; and wings and guards found out he was more agile than they thought when he was checking them out in space.

Amari Allen takes backseat to no guard; and others from All-State Camp
October 18 Underclassman Camp Schedule