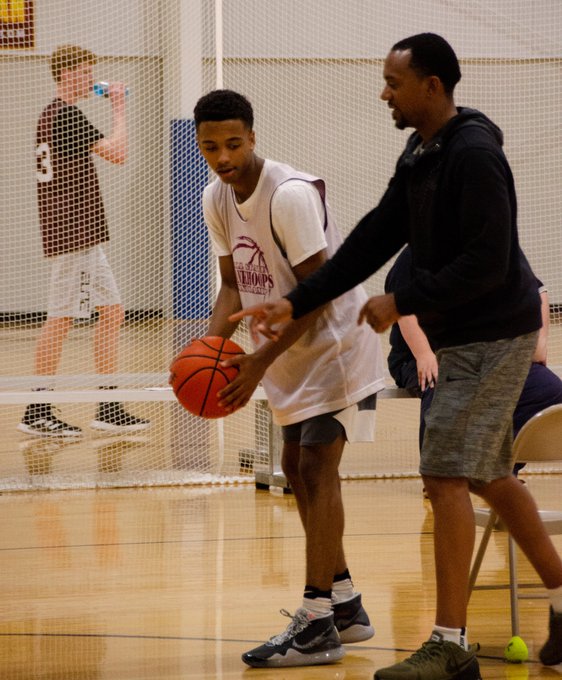 co-MVP  Mason Docks  5-11  So  Williamston: Even as just a rising sophomore he’s played, seen and learned a lot of basketball, which you have to do with his size and aspirations. Shifty and quick with the dribble and is always a shoot or pass threat. A third-year camper who has always been dialed in and competed. With two players on this underclassman team and three others from Williamston playing well at the camp, it was easy to see why the Hornets will be a state favorite in Division 2.

“Quick as can be,” said a coach. “Plays with a passion. Naturally loves to play defense baseline to baseline. Endless energy and has no problem finding the open man. Shot form and technique improvement will make him even better.”

“Plays beyond his years at the point guard position,” another coach said. “Deadly in the pick-and-roll game. Showed his ability to score from 15 feet and beyond. Knows how to get in the lane and find the open man and is a pest on the ball defensively. Needs to get stronger as time goes on to prevent from being bullied by bigger, stronger guards.” co-MVP  J Wallace  6-4  So  Williamston: Really coming into his own and defining himself as a player. A strong guard who loves to hunt out mismatches and go at it. Efficient by camp game standards, smart finding direct angles and attacking right away or making good decisions up top. Understands the power of the jump stop and simple bounce passes. Helped tee up 6-10 Nate Claerbaut in what was one of the camp’s breakout performances from the Zeeland East junior. Size, versatility, fundamentals, consistency of effort, improving shooting and a 4.0 gpa make Wallace one of Michigan’s top 2022 prospects.

“Crafty big guard,” a coach said. “Uses his body well to keep defenders off balance and protect the ball. Quick enough to make reachers pay. Scores around the hoop with a variety of finishes. Didn’t see him really match up against very quick guys defensively.” 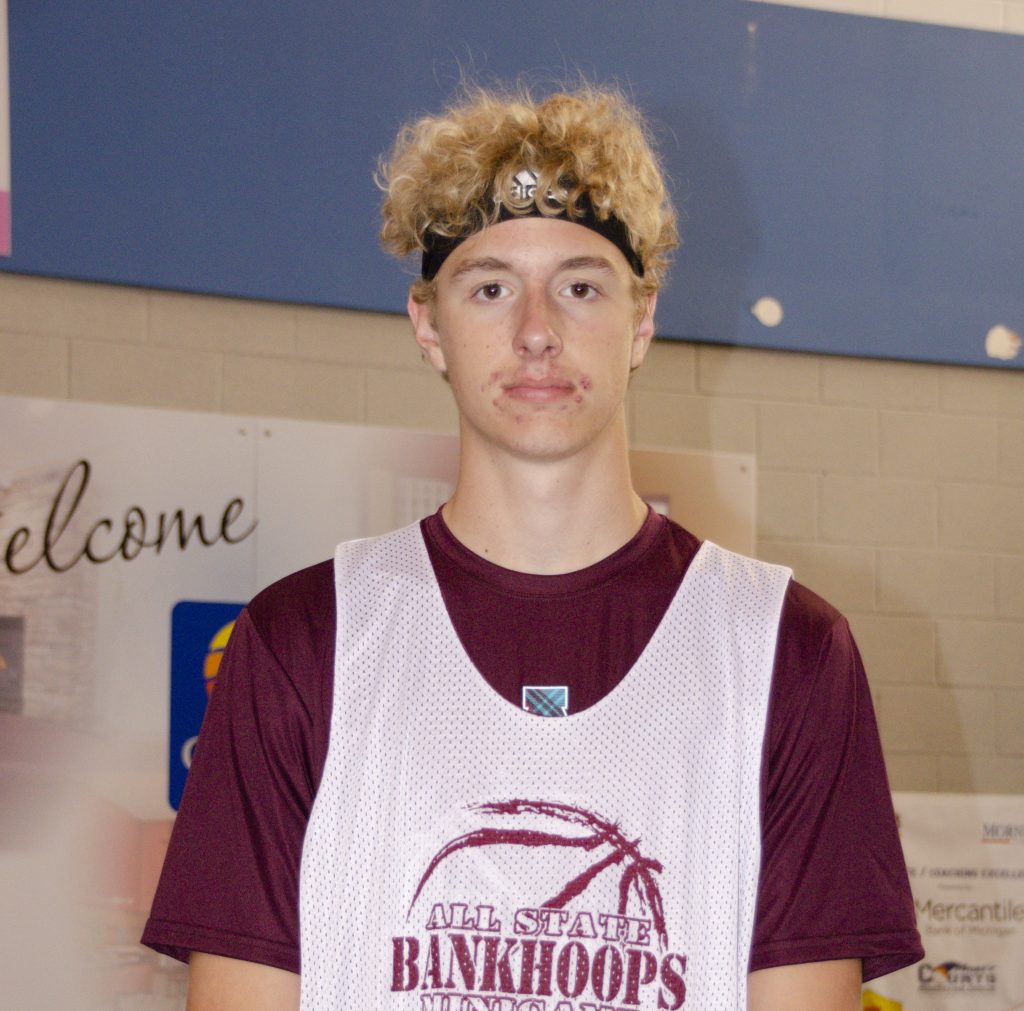 Sam Leppien  6-8  So  Alma: Just starting to figure things out, but has a lot of things going for him as a long, energetic kid who can defend the rim and run the floor. He has a chance to help Alma, which has a big man alumnus starting as a D1 center Dylan Carl at PFW, repeat as a regional champion.

“A raw, but very active big,” a coach said. “His feet were always moving! Plays with a decent base and seemed to get his hands on a lot of balls. Aggressive on the glass on both ends of the floor and certainly embraces his place in the paint, which is nice to see. As he gets more coordinated, those tips will be rebounds and those close misses will be buckets and dunks. This kid could be really good if he works as hard in the weight room as he did as this camp”

“Great attitude and energy,” said another. “Will continue to grow and gain strength. Most importantly, he want to improve, and he can run the floor. At his size, he can determine how far he goes. Shot needs work.” 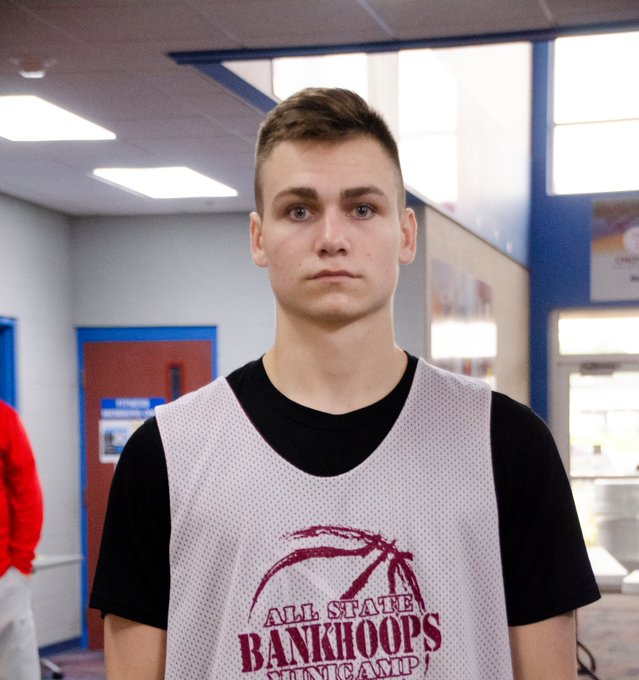 Reichen Lund  5-11  So  Linden: It was a good camp for Lundland as his older brother was on the upperclassman team. Reichen has often tagged along on Blake’s teams and got a lot of quality reps against older comp, while this spring and summer forging his own identity playing age appropriate AAU for an entirely different club. Reichen has terrific range on his shot and plays a steady, hard-nosed style.

“Not far behind his brother in ability to stroke it from deep,” a coach said. “He does most of his damage off the catch from behind the arc. Efficient ball-handler and playmaker. Has a high IQ and really competes. Plays like he has something to prove. Like many young player, he hasn’t yet developed the same fire on the defensive end as he has on the offensive end.” 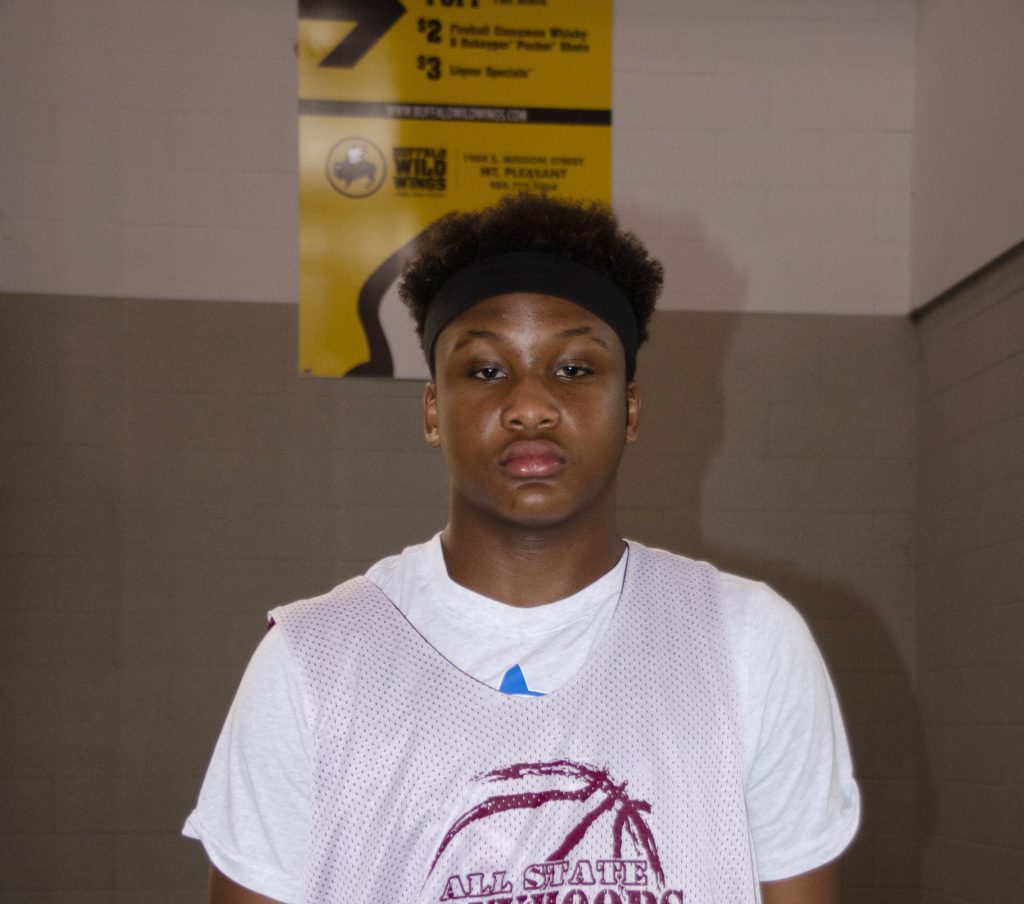 Triston Nichols  6-0  Fr  Warren De La Salle: Nichols getting coached up at DLS gives the Pilots an underclassman good enough to hold his own with the young backcourt talent at St. Mary’s and U-D Jesuit.

“Strong-bodied kid who didn’t look out of place despite being a freshman,” a coach said. “Knows how to use his body to create scoring opportunities and really competes on both ends, rare given his youth. Good IQ and always seems to be around the ball. Streaky from the outside and shooting mechanics aren’t consistent. If he can become a more disciplined shooter and start knocking stuff down with consistency — look out!” 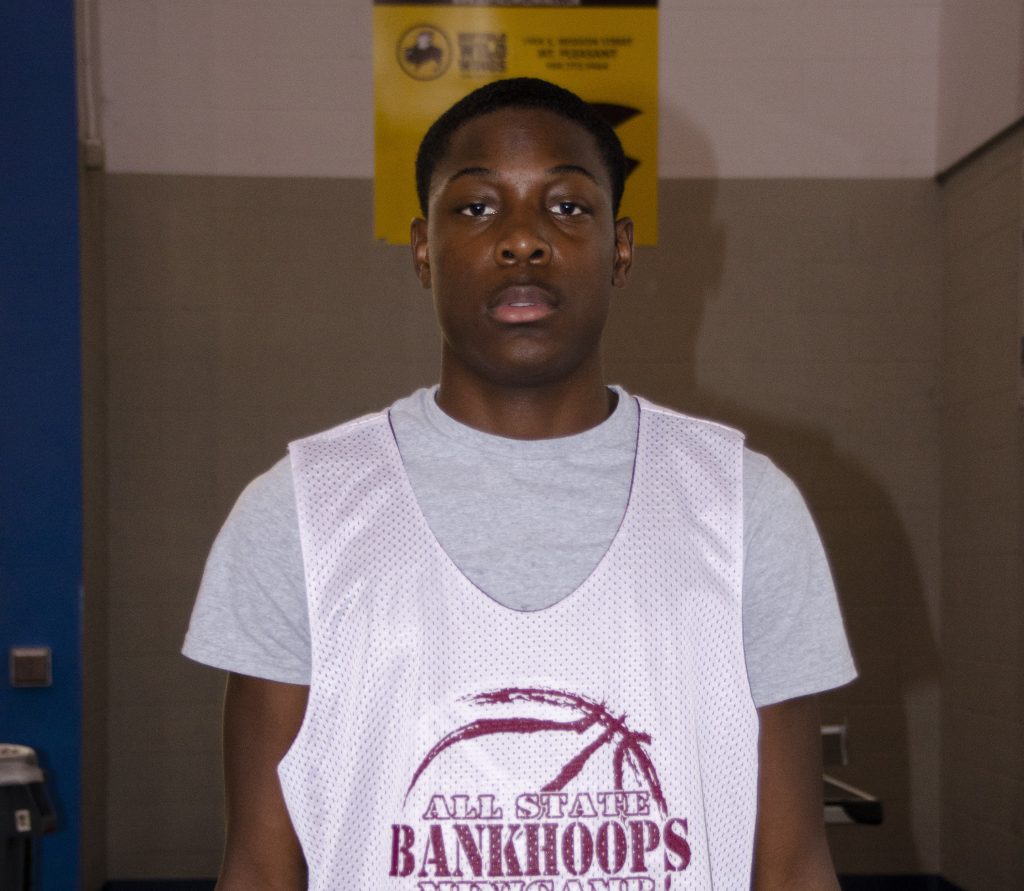 Malik Olafioye  6-1  Fr  Ecorse: Like Nichols, he has the physical tools to compete as a varsity freshman, and the potential for more beyond that as evidenced by a recent offer from Detroit. Release may be a bit unorthodox but Olafioye can get rolling from deep. Especially given his age, was in-tuned and competitive both in drills and games. A score-first combo guard who understood numbers and made good passes on the break. Should be one of the leading freshman scorers in Michigan. Clearly still a freshman on defense, as he’d too often jump out of position.

“Fluid athlete with a nice shot,” a coach said. “Played very hard and aggressive. Went out there with something to prove.” 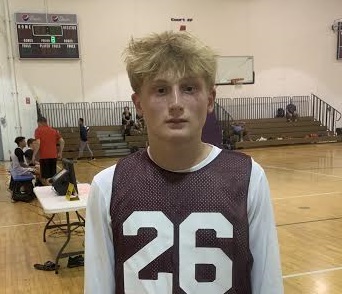 Jack Shrader  5-9  So  Fowlerville: Very smart point guard who rarely over-penetrated to hit cutters in stride and shooters in the pocket. Made skip passes and post feeds in the half-court. Knocked down open 3s. Talked on D. Helped 6-7 Plymouth senior Matt MacLellan have a breakout camp, with post touches and dunks.

“Type of kid you’d love to have on your team; pass-first point guard who looks like he loves to play the game,” a coach said. “Just does all the little things right, including playing with a very high motor. Wasn’t as offensively productive as he was at the underclassman camp, but didn’t shy away from the competition either.”