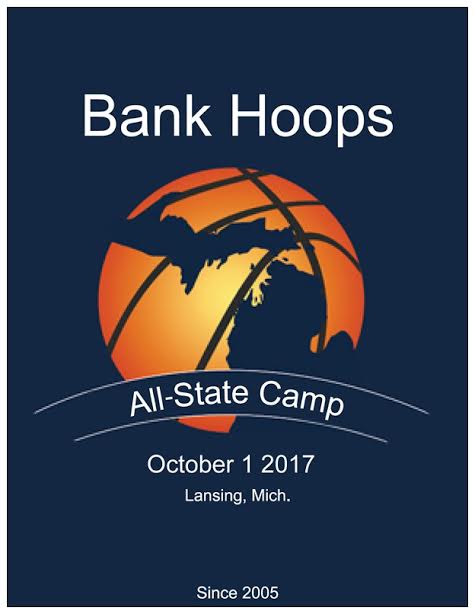 MVP  Pierre Brooks  6-4  Fr  Detroit Douglass: Has to actually, you know, do something in high school. But for his age, Brooks has maxed out his resume. A winner in AAU, consistent standout at camps and exposure events and workouts with Micah Lancaster, one of the top trainers in the world. Brooks is a coach’s son with a big body for his age, so fit right in going against the camp upperclassman. Shots that may have been questionable at last year’s camp, were good looks this time around as he’s become more consistent. Was competitive, vocal and a leader in drills if not as much in games. While he can hit from three-point range, is at his best pulling up or posting up at the elbows. Good vision on the break, and the strength to deliver the ball. Able to bull his way into the lane, but would behoove Brooks to work the angles and glass instead of going over the top which is a much tougher shot — at least until he’s older and gets the bounce to make those dunks and not finger rolls. Once he learns the intensity needed daily at the varsity level, could claim status at the top freshman in the Mitten.

William Dunn  6-7  So  Quincy: Had never heard of Dunn when he stepped onto the floor at the 2016 camp. This time around he came in ranked the state’s No. 5 2020 prospect and did nothing to dissuade the assessor that dubbed him such with how he produced against upperclassmen. Got beat up a little in the paint, but then paid ’em back pulling defenders out of the paint and dropping three-pointers over them. And unlike so many “stretch 4s”, Dunn has the footspeed to defend on the perimeter, not just shoot from it.

“Incredibly coordinated for his age and size,” a coach said. “Crashed the glass on both ends of the floor and has nice timing going up to block a shot. Showed the ability to defend bigs off the dribble. Good on the block, can knock down the open jumper and was the second-best passing big in the camp next to (overall MVP Luke) Maranka. He’s bouncier than one would first think and plays with a streak of toughness. Would like to see him be nasty all the time and also be more interactive with teammates. He makes the types of plays that can excite and build momentum, so the more energy he shows the more others will feed off it. Should be a D1 lock.”

Ta’vas Lawler-Showers  6-0  So  Marshall Academy: It wasn’t just seniors like Southfield Christian’s Bryce Washington and Buckley’s Austin Harris who were repping Class D at the camp. This kid was one of the big surprises.

“Extremely quick and drove it all over the floor during drill work,” a coach said.

“May have been the best ball-handler at camp — and with Drew Lowder there, that’s saying a lot,” another coach said. “Was very good in transition and could get in the lane with ease in the half-court. Sometimes over-penetrated and had nowhere to go with it so forced an off-balanced shot. Needs to know what he’s trying to do with the dribble at all times. Can shoot it well both off the catch and the bounce. Solid competitor on the defensive end.”

Julian Roper  6-2  Fr  Detroit Country Day: He and DCD sophomore Wendell Green are one of the top underclassman backcourts in Michigan. Considered an early top 10 2021 prospect based on his age group AAU career, and certainly did nothing to hurt that rep here.

“The second-best freshman I saw,” a coach said. “Can shoot it and get to the basket. Caught a nice alley in transition during games. Would’ve liked to have seen him play against the older players sometimes it was too easy for him with his age group.”

“Julian is an extremely talented and athletic guard with great size,” said another coach. “He can do just about anything he wants offensively. Very gifted scorer on all three levels. Rebounds well on the offensive end for a guard and is an improved passer from times I’ve seen him in the past. Doesn’t always sell out on the defensive end like he’s capable. Would also like to see a player of his caliber be more vocal.”

RJ Taylor  5-9  7th  Midland: He was the top middle schooler at the Underclassman Camp, and the same at the All-State Camp. He’s at an advantage to most kids his age coming from a family of basketball coach and players. But it’s one thing to know what to do do, and another to go out and execute and that’s where RJ separates himself because he has good physical tools for his age as well. Love the burst from the pack to start the fast break. Makes good decisions at speed. Gets “hockey assists” and encourages unselfish play with how he keeps the ball moving. Shot it consistently in drills. On a D1 trajectory

“Made tough finishes with either hand,” a coach said. “Plays hard and was not intimidated by anyone. Player to watch over the coming years.”